Last spring I took a course with the advertising department on the subject of curiosity. (What it is, how we get it, and how we can harness it to do great things in our field.) It was one of the most interesting courses I’ve taken in college, the kind of class that you know is preparing you for more than a test, or final project, or even just to get a job once you graduate, but is actually preparing you for LIFE. It taught me that in order to make something interesting for other people, I need to make it interesting for myself, and the way to do that is to have an insatiable sense of curiosity. Anyway, we had a term-long project to research and present on any subject imaginable, as long as we were curious about it.

My project was on the Hindu faith, and I chose to present with a sequence of images and facts.

“Hinduism does not rest on the authority of one book or one prophet, nor does it possess a common creed acceptable to all. That renders a common definition of Hinduism a bit difficult.”
-Ghandi

Belief in rebirth, reincarnation. Life is cyclical, soul is born into many bodies

The main texts are the vedas, the mahabharata, the bagadvad gita.

But what does this really mean?

henothiesm: many gods, but one worshipped as your special diety

monothiesm: Brahman, the one supreme being, existing everywhere.

But Hinduism is considered to be all of

these things, yet none at the same time.

The richness of storytelling and importance

of mythologies in the Hindu faith can be

expressed through an example found in the

the story of Ganesha, who takes the form

of a man with the head of an elephant.

Born of Devi, the consort to Shiva the destroyer while he was away. Because offspring of the gods are born within a day of conception, Ganesha came somewhat as a surprise to Devi. She decided, like any mother would, to take a break and get in the bath, and told Ganesha to guard the door, ordering him that no one should enter. In the meantime, Ganesha’s father Shiva returns, sees a strange man at his house, and is justifiably suspicious. He demands entrance. Because neither knew the other for what they were, Ganesha refused to let his father in, and Shiva grew angry and decapitated him. Devi hears the commotion, runs out, only to find her son beheaded and the father standing over him. She explains the situation to Shiva, and begs him to bring their son back to life. Shiva, now realizing his mistake, returns him to life, giving him the head of the first animal he saw-the elephant.

learn the tenents of hinduism, which are:

moksha-liberation from samsara, the cycle of rebirth.

At this point, your soul is joined with brahman.

But what is the personal interaction between

a person who practices Hinduism and their faith?

Flowers at rajghat- site of a cremation memorial for Ghandi

something different to every different

person who practices it.

“If I know Hinduism at all, it is essentially inclusive and ever-growing, ever-responsive. It gives the freest scope to imagination, speculation and reason.” 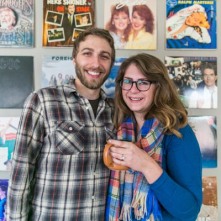 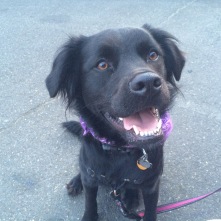 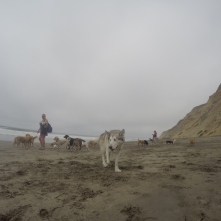 Osa rocks her Christmas sweater! I can’t wait to see how much she loves watching people tear into giftwrap!

Meet my mom’s new horse, Bella! She’s a sweet 10 year old paint, and Mom is completely over the moon.

I got this bike toward the end of summer, and have absolutely loved biking to work. I’d say I bike about half of the time, given the weather we’ve been having lately!

Osa has been working on being more photogenic, to much success. I help by taking possibly hundreds of pictures, and clogging up Instagram with my dog. #Osabear

The weather has turned cold and rainy, so of course that means it’s cyclocross season! We’ve spent a good number of weekends in the cold and rain racing, cheering, and drinking beer for this cause. 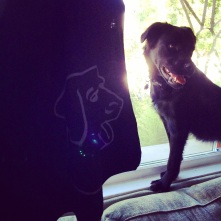 Got a shirt that looks like my dog…or a dog who is really good at impressions.

Wood bead necklace with leather boots (and an inquisitive pup)

“The same thing we do every night, Pinky–try to take over the world!” 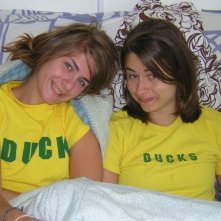 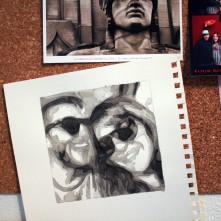